The Catalan artist Ignasi Aballí Sanmartí (Barcelona, 1958) has been selected as the winner of the ninth edition of the Ankaria Artist’s Book Prize, organised by the Ankaria Foundation since 2013. This year’s competition featured a total of 220 artists from all over the world with a wide variety of creative proposals.

“Venice,” is the title of the work conceived for the 59th International Art Exhibition – La Biennale di Venezia, as part of its Corrección project, curated by Bea Espejo, which takes place both in the Spanish Pavilion and in the streets of a city of which these books become an unexpected guide, a personal correction by the artist to the tourist vision that is usually projected. A map marks the itinerary that must be followed to bring together the six books, available in many establishments in an unknown Venice in which Aballí invites us to lose ourselves in order to find.

Aballí’s work has been exhibited solo in museums and galleries all over the world, he has participated in six biennials held in different parts of the world and in 2015 he was awarded the Joan Miró prize.

“Line Spacing” is the second prize-winning work by the Madrid artist Almudena Lobera. The book functions as a sculptural piece and, as in other projects by the artist in which she also works with the book and the text, the work brings to the surface the unnoticed, and presents the content as a mystery hidden from the viewer’s sight. A text from the book Aesthetics of Disappearance by Paul VIrilio has lost its central part, leaving only the ascenders and descenders of the typography, which, stripped of the middle eye, function like the silences of a musical score. These signs have been painted on the spines of a stack of books as if they were lines, but in reality they are the spaces in between. Some signs of musical notation (rests and slurs) are intermingled with the typography. The black-and-white binding refers both to the printed text and to musical notation and the keyboard of a piano.

Twenty-four-year-old South African artist Julia Arbuckle has been awarded with the Javier Rosón Prize for her work entitled “Root/Rot: The Family Bible”. The work is based on and inspired by the artist’s family history, which is centred on the British colonisation of South Africa in 1820. Arbuckle, ashamed of her family’s past, undertook an exhaustive investigation of the events of 1820, resulting in an artist’s book that poses the dilemma between misfortune and family connection, culminating in an interesting idea: Julia Arbuckle has a past and a history because someone else’s was destroyed.

The jury of the 9th Edition of the Ankaria Artist’s Book Prize was formed by the president of the Ankaria Foundation, Ricardo Martí Fluxá; by the patrons of the institution Saleta and Javier Rosón, Jaime Mairata and José María Luna, by the artist Irma Álvarez-Laviada, winner of the second prize in the last edition, and by Professor Salvador Haro, head of the Department of Painting at the University of Málaga and Dean of the Faculty of Fine Arts. 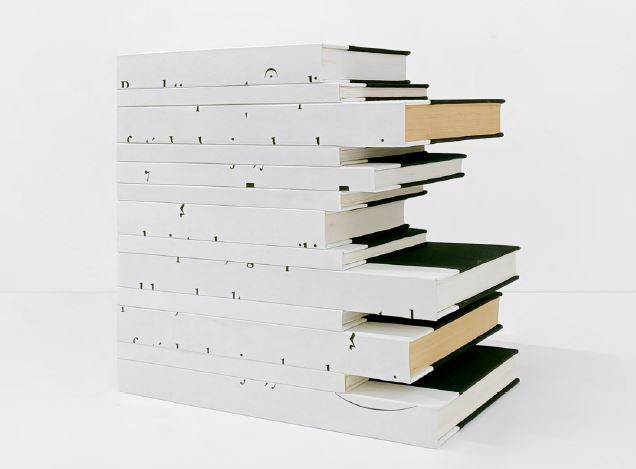 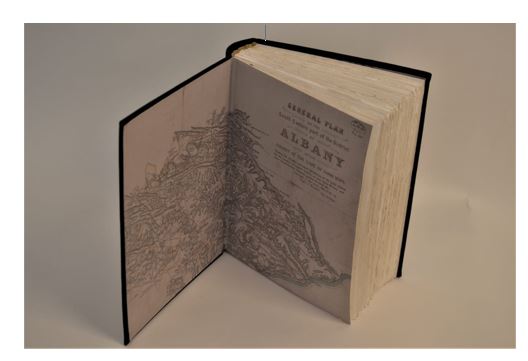