Her work juxtaposes photographs of landscapes with tables of data about the area photographed, combining both to describe the physical and human reality of the territory.

The jury of the Ankaria Photo 2022 award has decided that the winner of this second edition will be the project ‘ON THE GEOGRAPHY OF GREEN’ by LINAREJOS MORENO. This series is clearly inserted in the discourse of photography of the 21st century and goes beyond the simple photographic capture of an image, defining a project of great conceptual depth that juxtaposes the visual representation of a landscape in extinction, in this case the drive-in cinemas of the southeastern United States, with an infinity of data of that same territory, questioning with this intersection the way in which the traditional view of the landscape has been constructed and adding a new reading that delves into the human and historical reality of the place investigated. The artistic trajectory of Linarejos Moreno, undoubtedly one of the authors of medium career of greater projection of our country, has also been valued as decisive.

The second prize went to the project ‘MYSE EN ABYME’ by IRMA ÁLVAREZ-LAVIADA for using photography with the technique of microscopy as a relevant visual strategy at the service of a research project of great coherence and conceptual solidity on the materials that make up a work of art, exploring from an aesthetic position ontological aspects that transcend the usual point of view of a painting and allow to reveal new nuances little or nothing previously taken into account by other creators.

The jury also decided to award two special mentions: one for NEWS FROM THE FRONT by RAMÓN GONZÁLEZ and the other for (NO) PAISAJES by PABLO CORVILLO, two projects that explore new expressive avenues for the language of photography today from original positions. 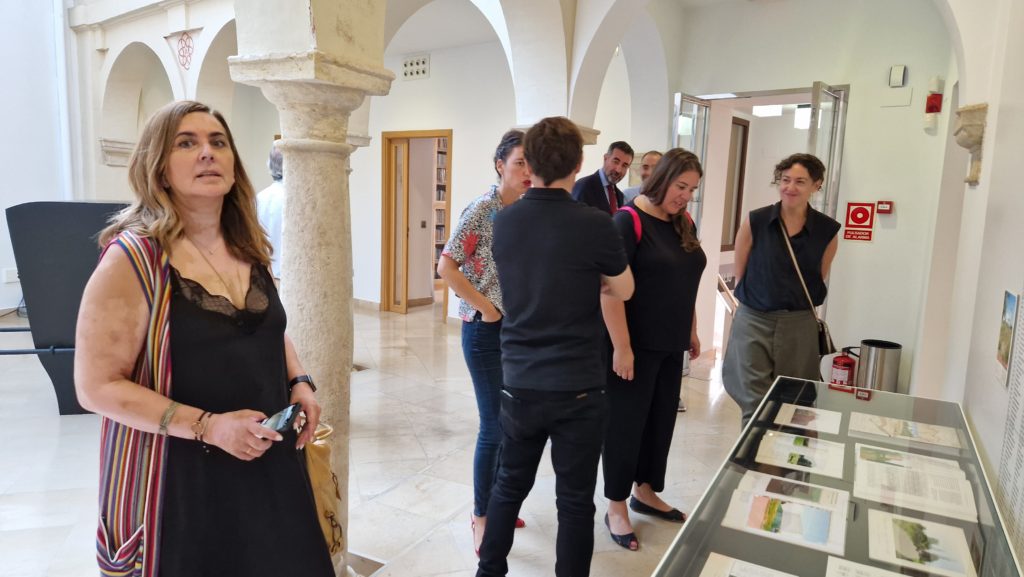